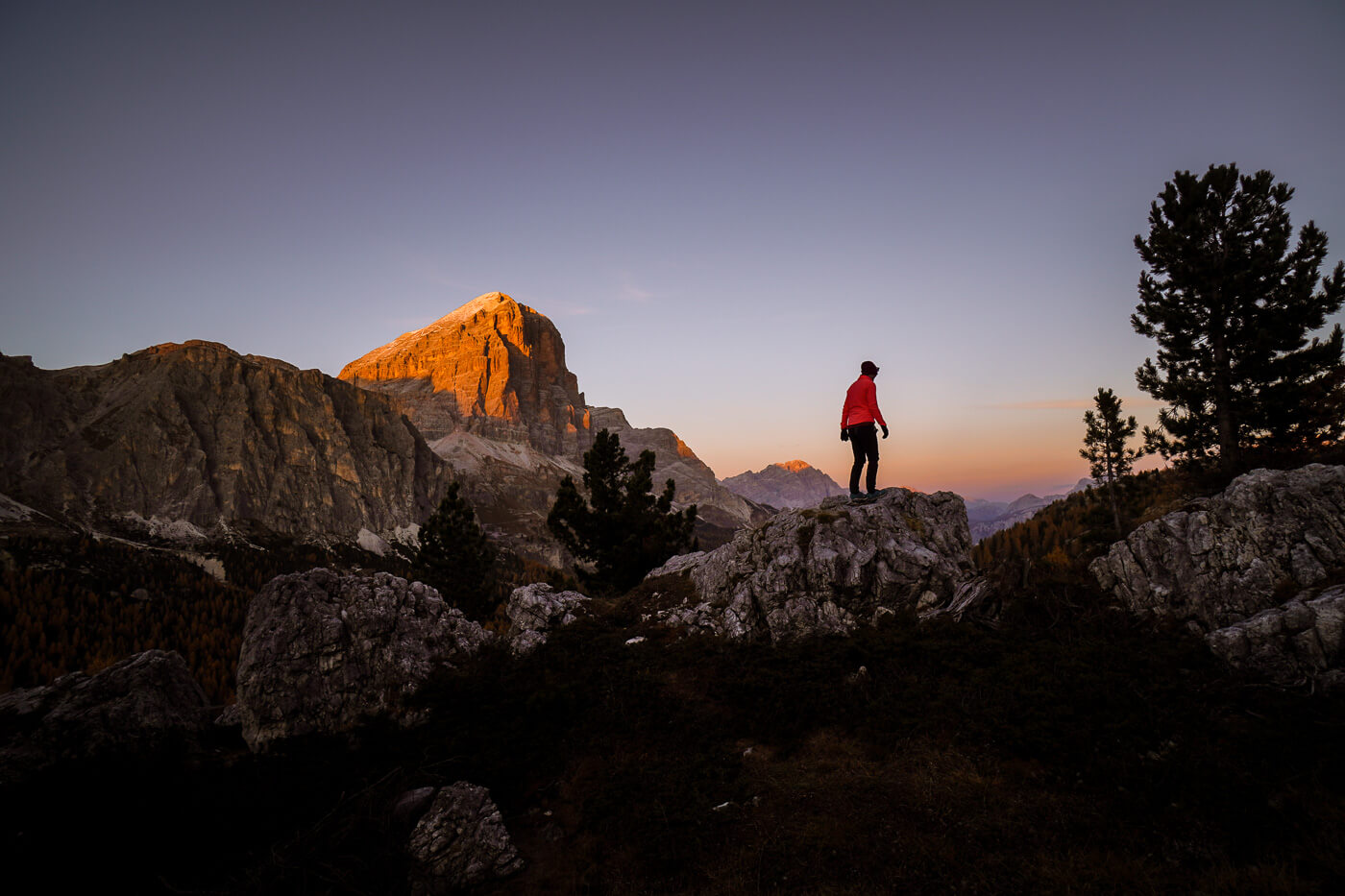 Best Time to Visit the Dolomites for Hiking

The Italian Dolomites form part of the Southern Limestone Alps in the Eastern European Alps. Like neighboring alpine regions, the Dolomites have two distinct seasons: summer and winter. Contrary to what’s often stated online, the Dolomites is not a year-round destination. November and May should always be avoided.

The summer hiking season runs roughly from mid/late June until mid/late September, when mountain huts are open and high-altitude trails are mostly clear of snow. With the absence of heavy snow, the hiking season can easily continue until late October.

The winter skiing season runs from mid-December until early April.

The best time of year to visit the Dolomites is mid/late June, early July, and September.

Best Time to Hike in the Dolomites

*Depending on snow and weather conditions.

May in the Dolomites

Across the European Alps, May is an awkward month between the winter and summer seasons. There’s not enough snow for skiing and there’s too much snow for hiking.

With very few exceptions, mountain huts and alpine pasture huts are closed. Here are the exceptions we could find:

Additionally, most hotels and restaurants are closed.

Scenically, May is still wintery. Snow melt leaves brown tones in its wake. There are no vibrant springtime colors or blooming flowers. That comes later (mid-June).

If you visit the Dolomites in May, your hiking will be limited to valley trails and low-elevation trails (below 1500 meters).

For the record, we discourage May travel to the Dolomites, but if you’re determined to visit, aim for the very end of the month. And, visit with a car.

To get an idea of what the current conditions are in the Dolomites, check out a few of these webcams:

June marks the beginning of the summer season. It’s a great time to visit the Dolomites for casual day hiking, cycling, and road tripping. June is outside of the main tourist season, so it feels more relaxed and less congested, though by no means empty.

Mid-June is the start of the Dolomites hiking season. Hiking trail accessibility depends on the length of the winter and the elevation of the trail.

If it was a relatively short winter, then hiking trails are open and in good condition early in the month. If it was a long winter, then some high-elevation trails and passes are inaccessible due to the amount of snow. Additionally, some trails may be closed due to fallen trees. We visited the Dolomites after a very long winter. We had to ditch a lot of our original plans, because of the snow. But, we were able to pivot quite easily and hike in other places.

In the beginning of June, there will likely be snow on north-facing slopes, above 1800 meters. Crampons and hiking poles are essential for navigating snow fields in the mountains.

Mountain huts (Rifugio, Hütte) and alpine pasture huts (Alm, Baita, Malga) at lower elevations start opening up for the season at the beginning of the month. Here are a few huts to check out in early June:

Also check out the list of huts open in mid-late May, which we outlined above.

Mountain refuges at higher elevations typically don’t open up until late in the month, around the third week. Hut opening times will vary depending on snow and ice conditions.

Thunderstorms are quite common throughout the month. They usually develop in the mid-late afternoon. It’s best to start hikes as early as possible to avoid them altogether.

July is high-season in the Dolomites. Everything is open and operating: huts, cableways, hotels, restaurants, seasonal buses, etc..

There is a noticeable uptick in visitors. The roads are noticeably more congested with car and cycling traffic. The Maratona dles Dolomites, an annual single-day road bicycle race, takes place in early July.

All mountain huts are open in July. This is a fantastic month for hut to hut hiking in the Dolomites.

Hiking trail conditions are excellent. There still may be some lingering snow on north-facing slopes, cirques, and passes that don’t get a lot of light during the day.

Like June, afternoon thunderstorms are still common throughout the month.

The Dolomites are overrun in August. Italians are on vacation all-month and trails are teeming with families with terrible hiking etiquette.

The good news is that weather is generally excellent with only the occasional thunderstorm.

If you’re visiting in August:

September is the best month to visit the Dolomites. It’s still busy at the start of the month, but not nearly as packed as August. Seasonal buses and cableways are operating most of the month.

September is a great month for sunrise and sunset photography. Skies are generally clear and the weather is generally stable.

But… There’s usually a snowstorm at some point in September. The snow typically melts quite fast (2-3 days). But, if it snows, it’s best to avoid all high-elevation trails. Kati and I learned this the hard way.

Most mountain huts stay open until the third week of September. So, if you’re planning a hut-to-hut hike, aim for the first half of the month.

Mid-September marks the end of the alpine pasture season. There are some cattle drives (Almabtriebe) that take place across the Dolomites.

Learn More: Hiking in the Dolomites in September

Most cableways are closed, with the exception of a few in Val Gardena. Many hotels and restaurants are already closed for the season. You’ll see chiuso/chiusa (“closed”) signs absolutely everywhere.

October is a risky month, because it’s impossible to predict the weather. It might be the most glorious Indian Summer, or an abrupt start to winter. We’ve experienced both.

Fall colors peak from October 18th to 30th. If the weather is stable in late October, it will be the best trip of your life.

Keep in mind, mountain lake water levels are very low in Autumn. By the end of October, there might be no water in some small lakes and other high-elevation lakes might be frozen.

Learn More: Hiking in the Dolomites in October

Like May, November is an awkward month between the summer and winter seasons.

Everything is shut down.

Avoid visiting the Dolomites in November.

Plan your trip to the Dolomites:

Where to Stay in the Dolomites:

Villages and Towns in the Dolomites:

Top Places to Visit in the Dolomites: