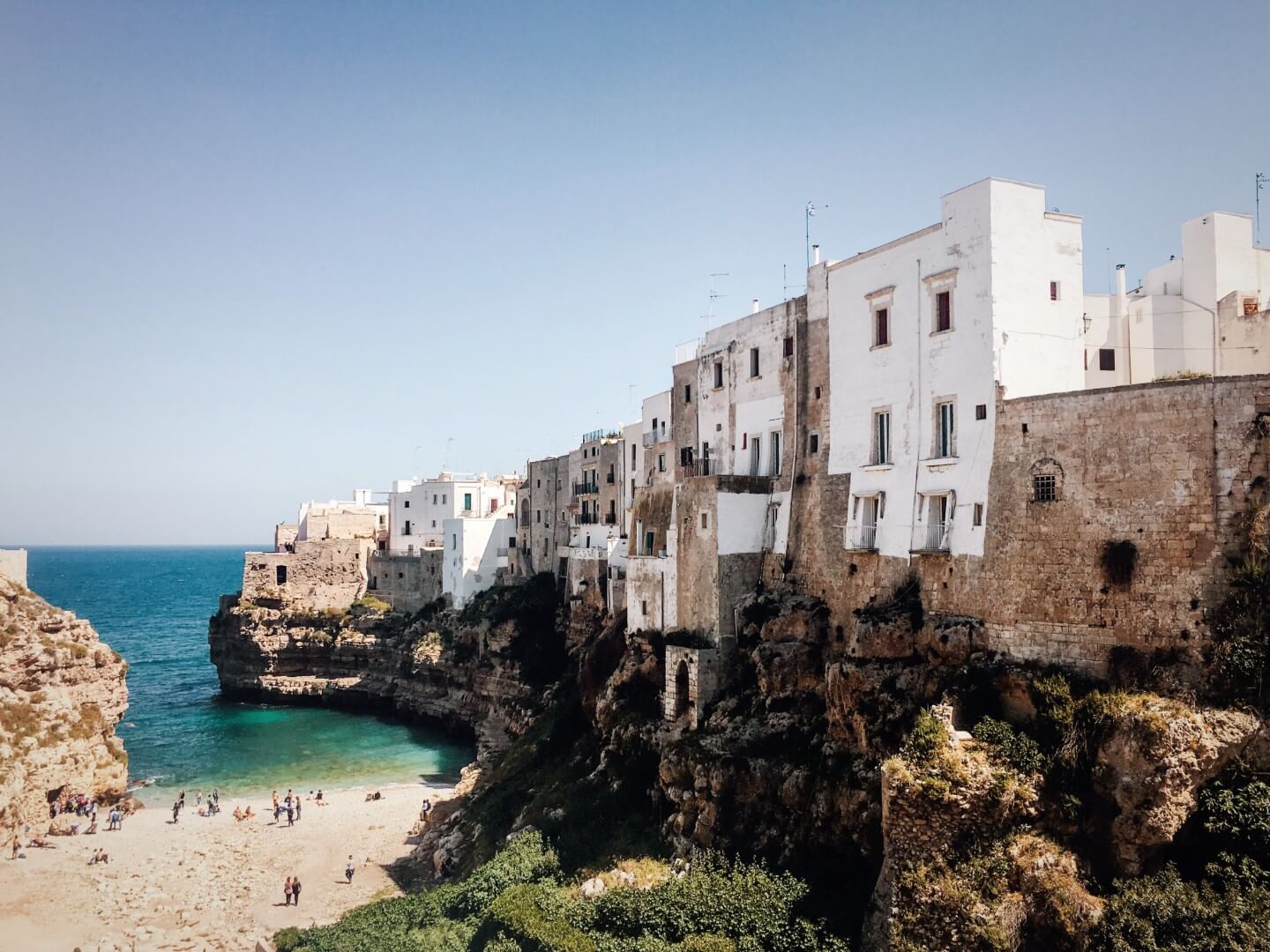 Italy is a country that needs no introduction. The whole country could be named a UNESCO World Heritage Site. However, this southern European country isn’t just a collection of historical sites; it’s a series of sounds and movements. It’s no coincidence that opera was birthed into this world in Italy. Life in Italy is opera. It’s a voluminous moving masterpiece of generations intermingling, life spilling onto the streets, people gesticulating, laundry hanging and mopeds flying.

We love Italy. We love the Adriatic coast, the whitewashed coastal villages of Puglia, the caves of Matera, the energy of Naples, and the Italian Alps. We invite you to discover the most incredible off the beaten path destinations in Italy. 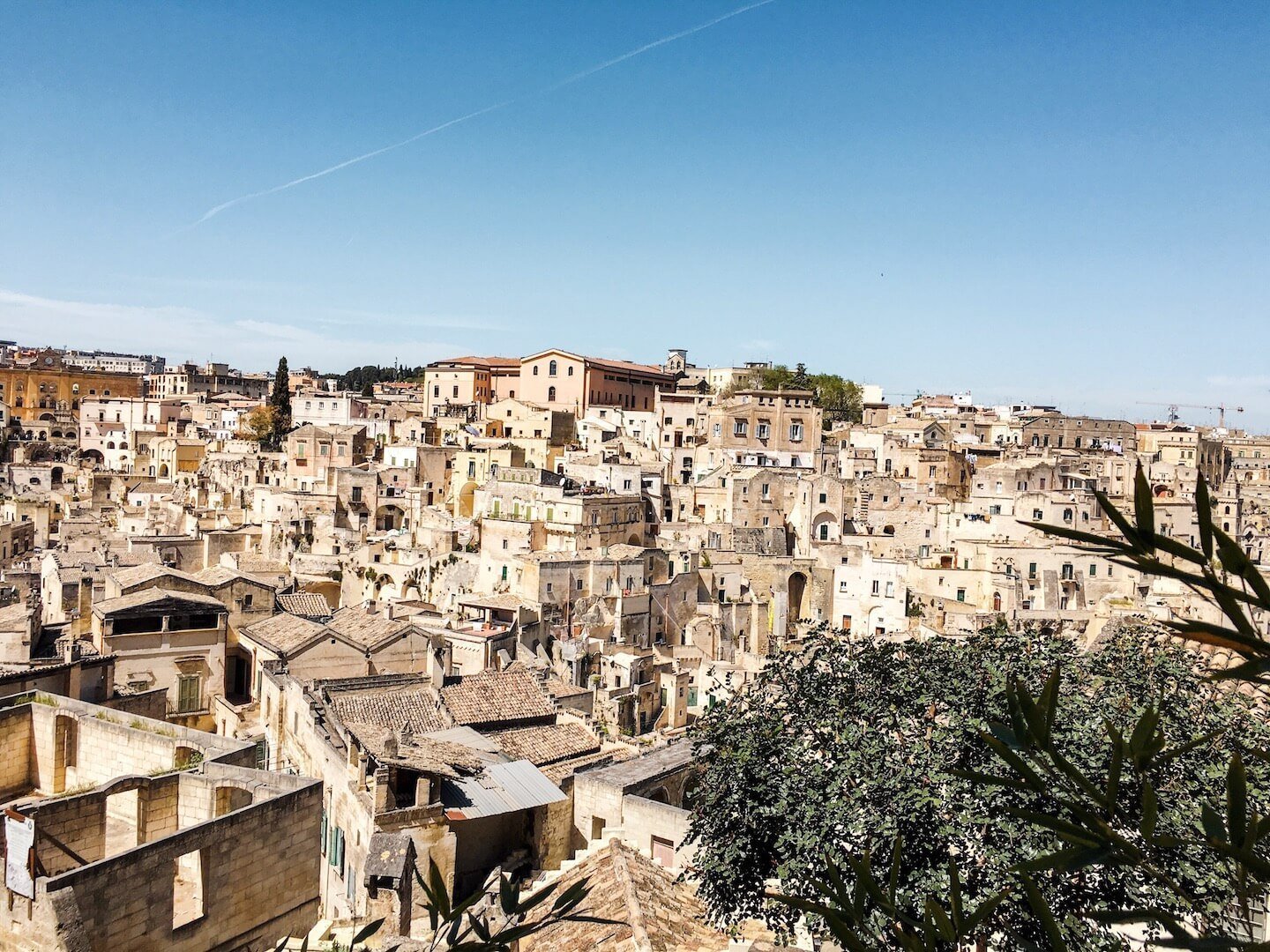 Where to Go in Italy In wine there is truth.

What to Experience in Italy

Hiking in the Dolomites

It’s hard not to gush when describing the uniquely sculpted peaks and pale coloration of the Dolomites, a mountain range in northeastern Italy. When you hike in the Dolomites, you feel like you’re at the meeting place between heaven and earth.

Beyond the scenery, one of the best reasons to hike here is for the comfort, or as the Austrians would say, “Gemütlichkeit.” Much of the Dolomites lies within a province that was formerly part of the Austro-Hungarian Empire. The Austrian love of coziness still permeates the regional culture of northeastern Italy today. And luckily for visitors, that means cozy mountainside huts to sleep and eat in.

There’s a large network of rifugios (mountain huts) across the Dolomites that makes hiking here more accessible. One of our most memorable experiences in Italy was hiking the Alta Via 1.

The Cave City of Matera

Matera is an ancient city in Southern Italy famed for its cave dwellings that are carved into the mountain, known as the Sassi. In 1993, the Sassi districts were awarded UNESCO World Heritage status. Though it’s a tourist destination today, it was actually a very poor region in the 1950s. The people of Matera were evacuated by the government because the living conditions were so bad.

The Sassi are so unique to Italy. As you explore the caves, you might even think you’re in the Middle East. For that reason, Matera is a favorite destination for filmmakers, especially those filming Biblical tales. Some of the films shot in Matera are The Passion of the Christ (2004), The Nativity Story (2006), King David (1985), The Young Messiah (2006). When we visited in 2016, we nonchalantly walked onto the set of Wonder Woman (2017) and saw drop-dead-gorgeous actors clad in market and warrior costumes.

When you visit, you’ll want at least three days here (at least). We highly recommend sleeping in a cave (maybe one with a cave pool) and walking down the deep ravine (Gravina of Matera) to see ancient dwellings and a great vantage point of the Sassi. There are excellent food options throughout the city. Here are two spots we can wholeheartedly recommend.

The Adriatic coastline is one of our favorite destinations in Italy. This region doesn’t perform a caricature of itself like other popular Italian destinations. It’s more subdued in its charm. More authentic. Puglia’s coastal villages are disarmingly good-looking. Town streets are narrow and rimmed with cactus plants. The whitewashed buildings contrast ever so gracefully against the turquoise sea waters. And, blue fishing boats line the shores and fisherman sell their daily catch.

We recommend visiting the following towns (North to South):

Dining in a Trullo in Alberobello

Alberobello is a small town in Puglia in southern Italy. The most striking feature of the town is the dense collection of trulli houses. A trullo is a dry stone hut with a conical roof. There are lots of theories regarding the origin of the trulli. One theory is tax evasion. In the 17th century, nobles could impose heavy taxes on permanent structures. Peasant families, who were unable to pay the tax, built their dwellings in such a way (without any mortar or cement) so that they could demolish the hut easily. The conical roof needs the topmost stone to prevent the roof from collapsing. So, someone could pull the stone out, collapse the hut and avoid paying the tax, at any given moment.

In Alberobello, trulli are actively being restored and used. Most of the huts are habitable and function as stores, restaurants, and hotels.

Now that you’re mildly intrigued, let’s talk about the swoon-worthy and tear-worthy food of Alberobello. Actually, let’s just talk about a place called Trattoria Terra Madre. Located in a trullo, this gift-to-humanity restaurant serves beautifully prepared vegetables, pasta, and meats. Terra Madre sources its ingredients locally and from its organic garden. If a meal can shape destinies, then this meal may have done that. We didn’t become chefs the next day. But, we decided to ditch our respectable lives in our respective cities (Vienna and San Francisco) for something more exciting (living together in one city. Hint: Alaaf!).

Capri is an island in the Bay of Naples in Southern Italy. Given its easy proximity to Sorrento and Naples, Capri is a popular day-trip. However, if you stay the night, you’ll discover the unspoiled charm of the island.

We visited Capri in early Spring. For anyone thinking it’s too touristy, you’re right. But, if you venture beyond Capri Town and Anacapri, you’ll be rewarded with untraversed footpaths and remote coastal access.

For a non-ostentatious, yet delicious fish dinner, we recommend Ristorante Buca Di Bacco (Via Longano, 35, Capri) in Capri Town.

Naples is the capital city of the region Campani in Southern Italy. This lively city animated with swift motorbikes is the birthplace of pizza as we know it. Making a pilgrimage to Naples to taste Neapolitan pizza is something every food lover must do. We recommend eating at Antonio e Gigi Sorbillo (Via dei Tribunali, 38).

There’s so much to experience in this dynamic Southern Italian city beyond its pizza. Here are some ideas for unraveling Naples’ layered history and culture:

We recommend spending at least 2 full days in Naples. Read this helpful guide on where to stay in Naples to find the perfect accommodation for you.

If you want to experience the beauty of Mont Blanc (Monte Bianco), Europe’s highest mountain, or Gran Paradiso National Park, Valle d’Aosta is the place to go.

You can also experience the highlights of Aosta Valley along the famous Tour du Mont Blanc trail.

Tramin is a wine village, situated on the South Tyrolean Wine Road (aka Alto Adige Wine Road) in Northern Italy. It’s also the alleged birthplace of Gewürztraminer wine. On our way to Aosta Valley, we detoured to Tramin for the sole intention of drinking Gewürztraminer. “Gewürz” means spicy in German, and you can really taste the spice in these Tramin wines.

Elena Walch makes sophisticated and elegant world-class wines. We left with bottles of Gewürztraminer Concerto Grosso (2017), Chardonnay Cardellino (2017) and EWA cuvée (2017). There are several ways to visit the winery. If you plan on buying wine, you can head directly to their tasting room. If you want to enjoy a glass (or bottle) of Alto Adige wine with some food, go to their Garden Bistrot Kastelaz “Le verre capricieux”. They also offer winery tours (May – October). If you’re interested in a tour, we recommend making a reservation in advance.

Also, check out the gorgeous tasting room of Cantina Tramin. Here, you can try a huge selection of whites and reds in a modern tasting room that overlooks the wide valley of the Adige River. We loved their Nussbaumer Gewürztraminer and Unterebner Pinot Grigio (2017).

Mount Ortler, or fondly called King Ortles (3,905 m, 12,812 ft), is the highest mountain in the Ortler Alps and the entire Eastern Alps. This prominent mountain is situated in the Vinschgau (Val Venosta) region of South Tyrol.

We came here to hike part of the Ortler High Mountain Trail, a multi-day trek that circumnavigates the Ortler Group. We loved our experience because of the glacier views, the solitude, and the South Tyrolean hospitality and food.

Things to Do in the Ortler Alps 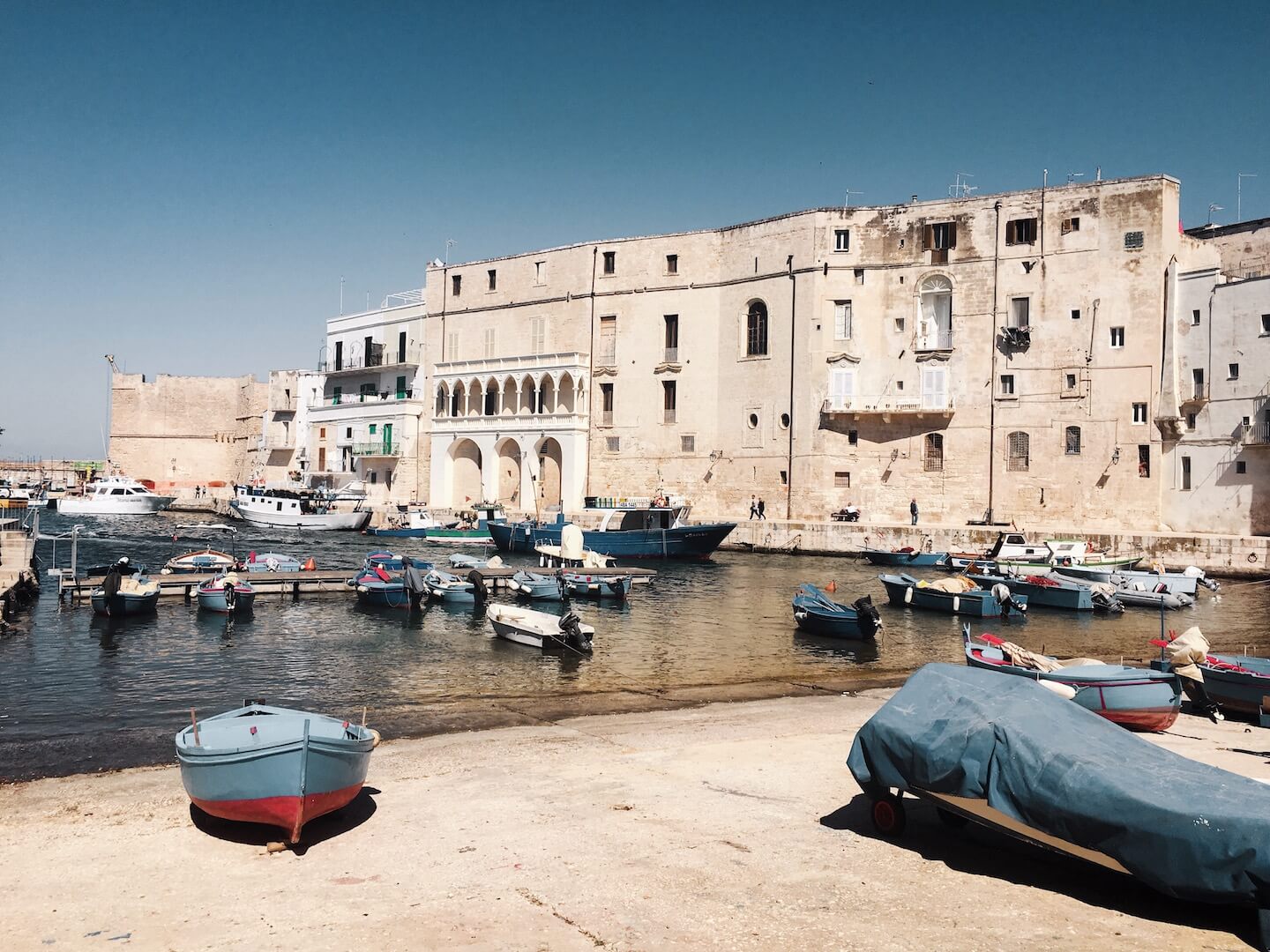 What to Eat & Drink in Italy

Coperto means cover charge. It’s the fee you pay to sit at a table in a restaurant. Generally, the fee is somewhere between 1 EUR and 5 EUR. This may, or may not be advertised on the menu.

Italian cuisine is probably the most loved food globally. For that reason, we’re not going to tell you what to eat. Instead, we want to share with you some of the highlights of our food adventures.

Orecchiette in Puglia – In Otranto and Alberobello, we saw pasta shapes we had never seen before. And, my goddesses and gods, were they good. We packed at least 6 bags of orecchiette pasta in our already stuffed backpacks and carried them joyfully back home.

Knödel in South Tyrol – spinach dumplings, cheese dumplings, ham dumplings. We can sing about dumplings. Our most memorable Knödel experience was in a mountain hut in the Schlern – Rosengarten Dolomites.

Espresso in Taranto – it’s really easy to find quality espresso in Italy. However, you’ll be hard-pressed to find a comfortable place to drink your espresso. Italians drink their coffee like most people drink a shot: at a bar, standing up. The best espresso we had was at a gas station in Taranto. Seated in white plastic chairs on a sea of asphalt, we laughed in disbelief about how good our 80 cent gas station espresso was. 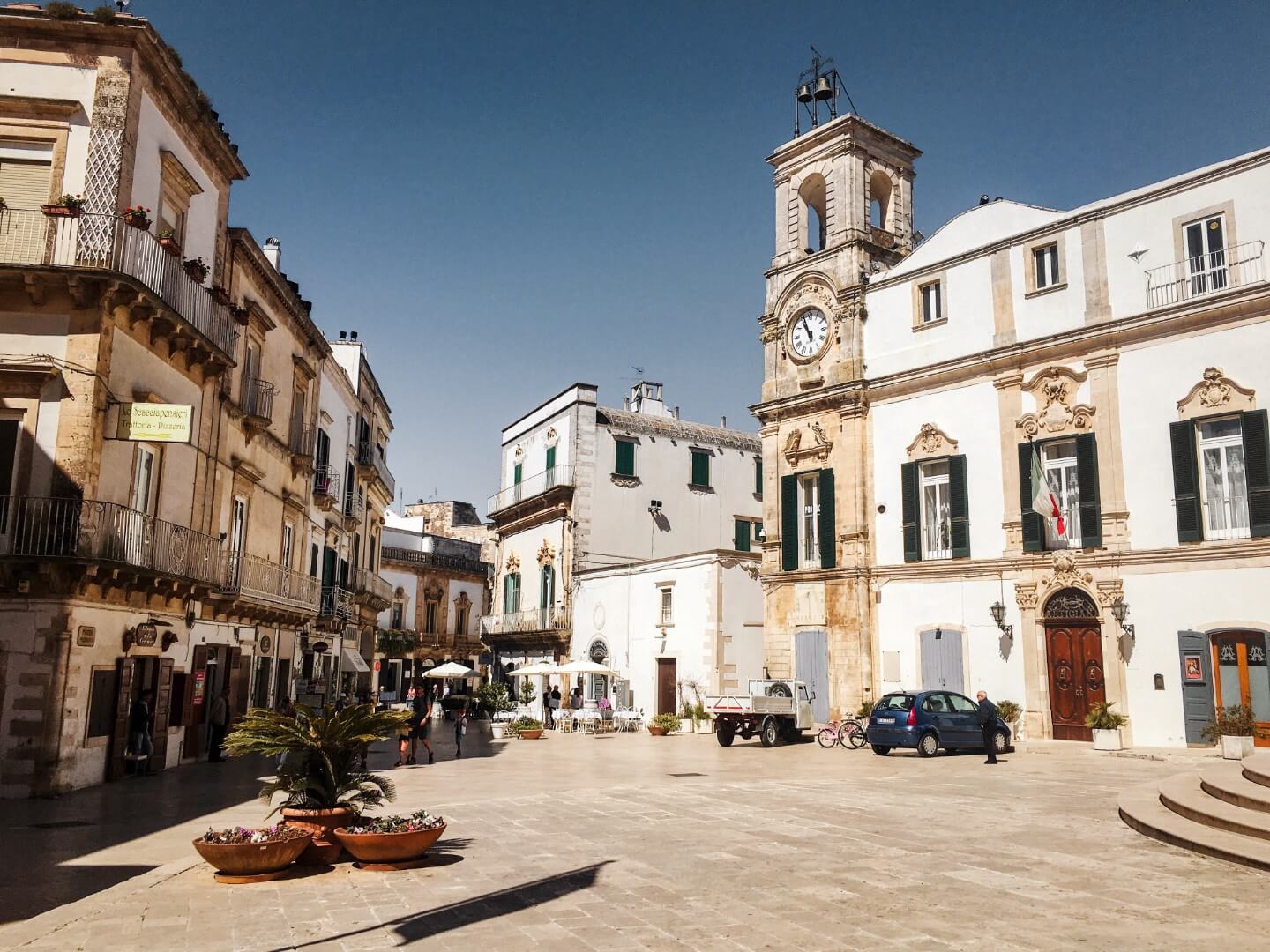 Language: Italian is the official language of Italy. In the autonomous province of South Tyrol (Alto Adige) in Northern Italy, German and Ladin has equal status.

Tipping Etiquette:  A service charge (servizio) and a coperto (cover charge) is automatically added to the bill in restaurants. The coperto is charge for the tablecloth, silverware, etc… For outstanding service, you can round up the bill.

Water Quality: This is somewhat controversial. Many sources say that it’s safe to drink the tap. But, Italians are amongst the greatest water bottle consumers globally. We say, do as the Italians do (especially in old, dense cities).

Something Interesting: Stray cats are protected as “biological heritage” in Rome. It’s estimated that there are 300,000 cats in the Eternal City. The cats are regularly fed by Le Gattare, or Cat Ladies. 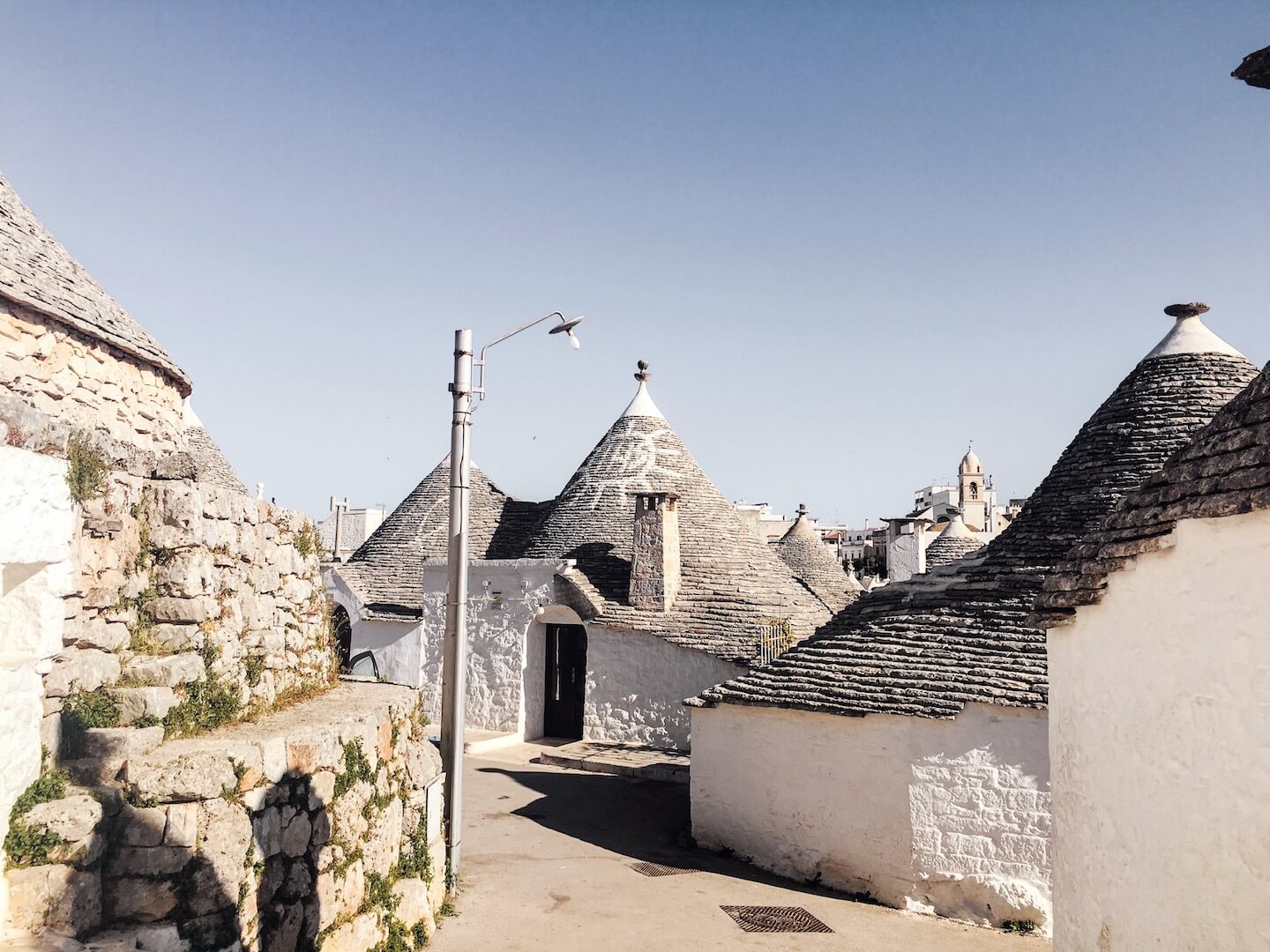 Our Favorite Places in Italy 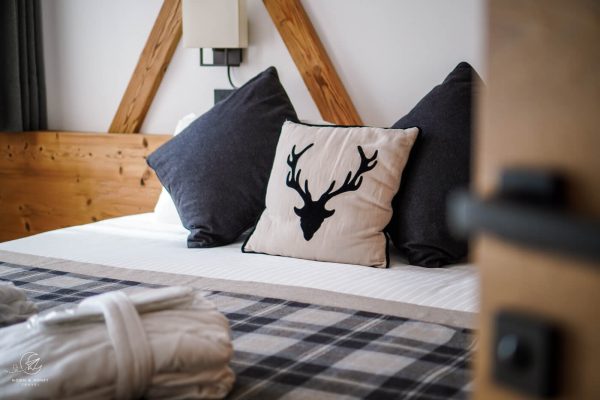 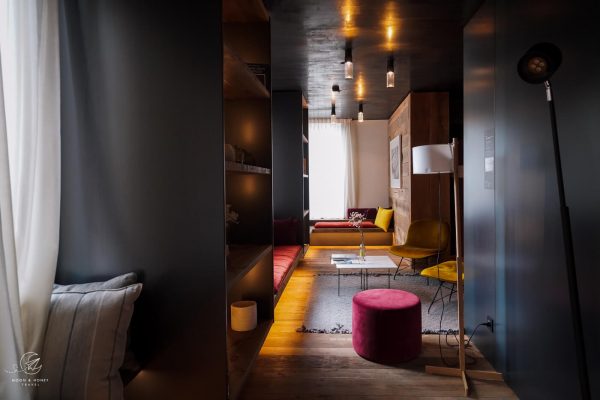 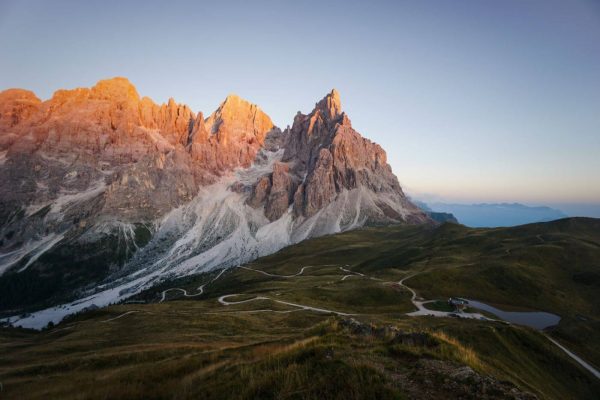 Where to Stay in the Dolomites in Summer, Italy (2023 Update) 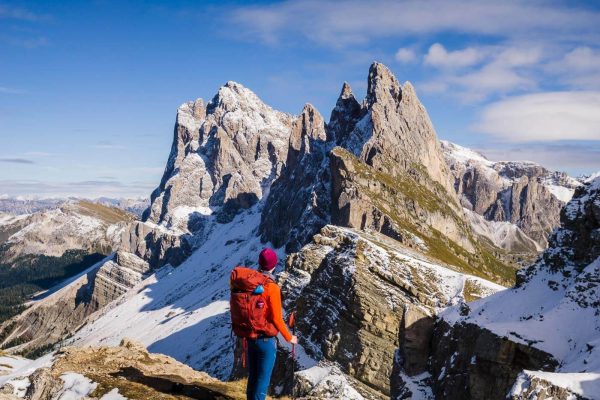 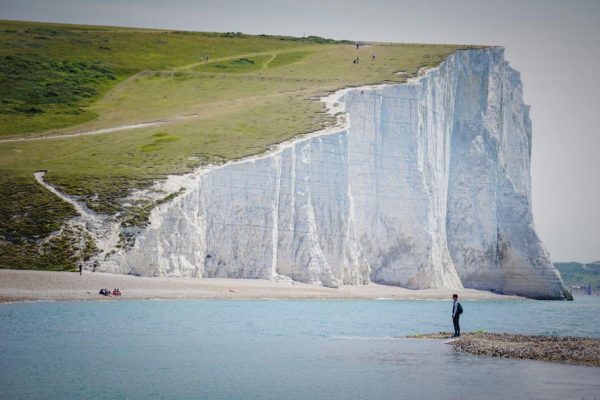 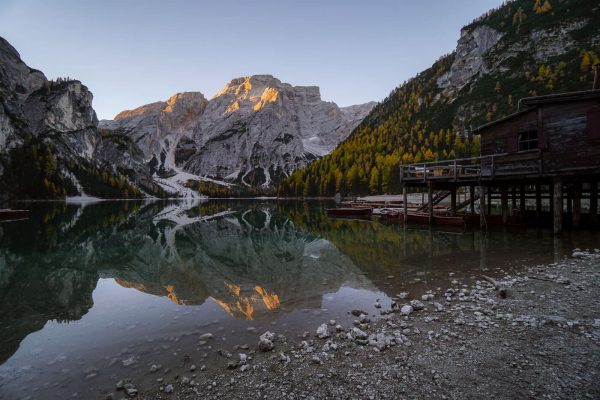 Lago di Braies, Italy: Pearl of the Dolomites and Gateway to the Underworld