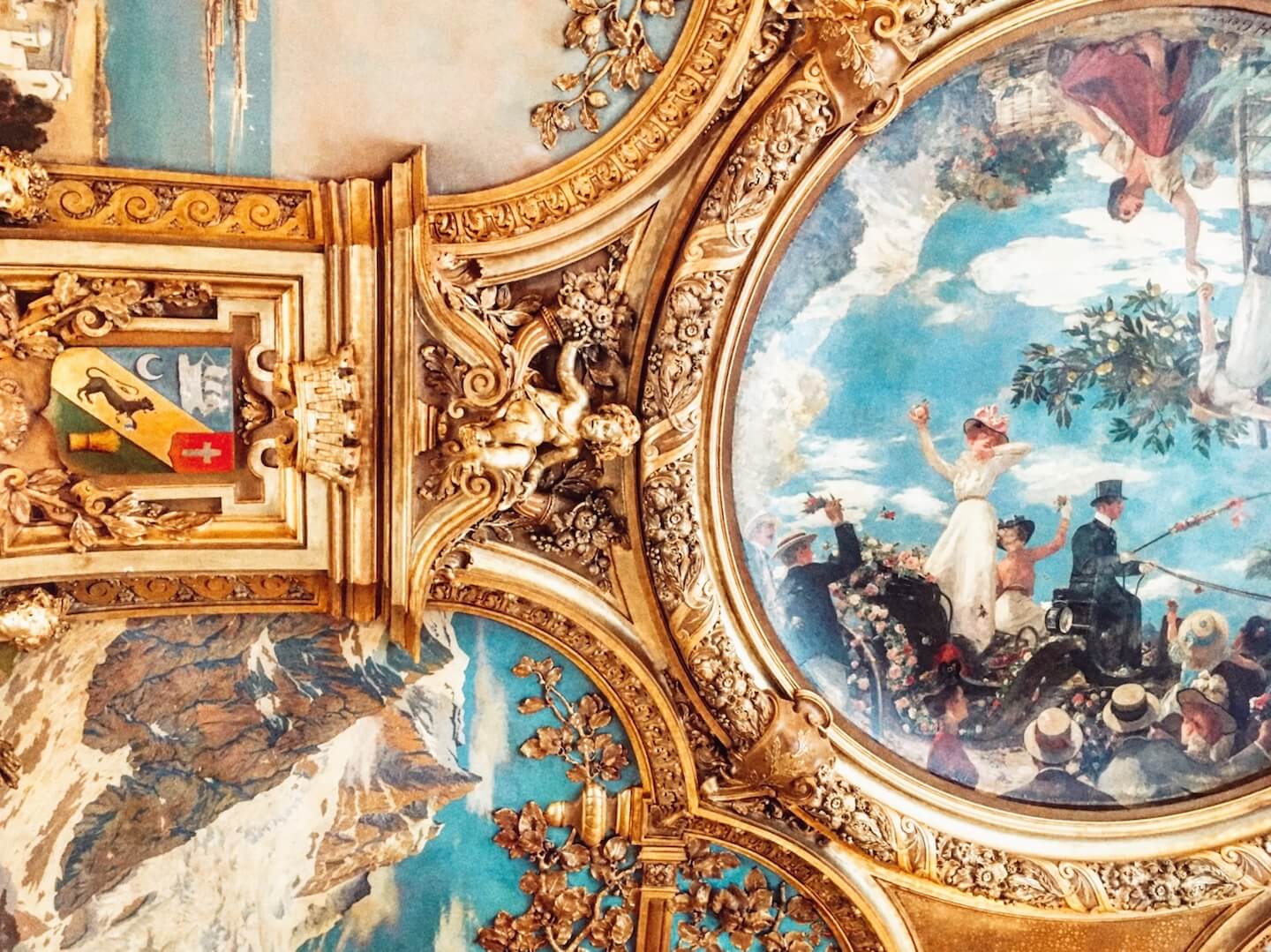 Paris is the city of art, romance, indulgence, and passion. It’s also the city of strife, death, and racial tension. Everywhere you go, you’re surrounded by stories, myths, and history. It’s almost haunting. There’s a mysticism that surrounds the city’s history, leaders, iconic architecture, café culture, and fashion that fuels Parisian wanderlust all over the world.

Every traveler will come to the City of Lights. And, depending on what you’re looking for, it may enthrall you, or disappoint you. Paris is flooded with tourism. If you come to gawk at the well-known sights, you may leave feeling frustrated by the long lines and crowds. But, if you come to Paris with a light agenda and the freedom to explore, Paris will likely enchant you. 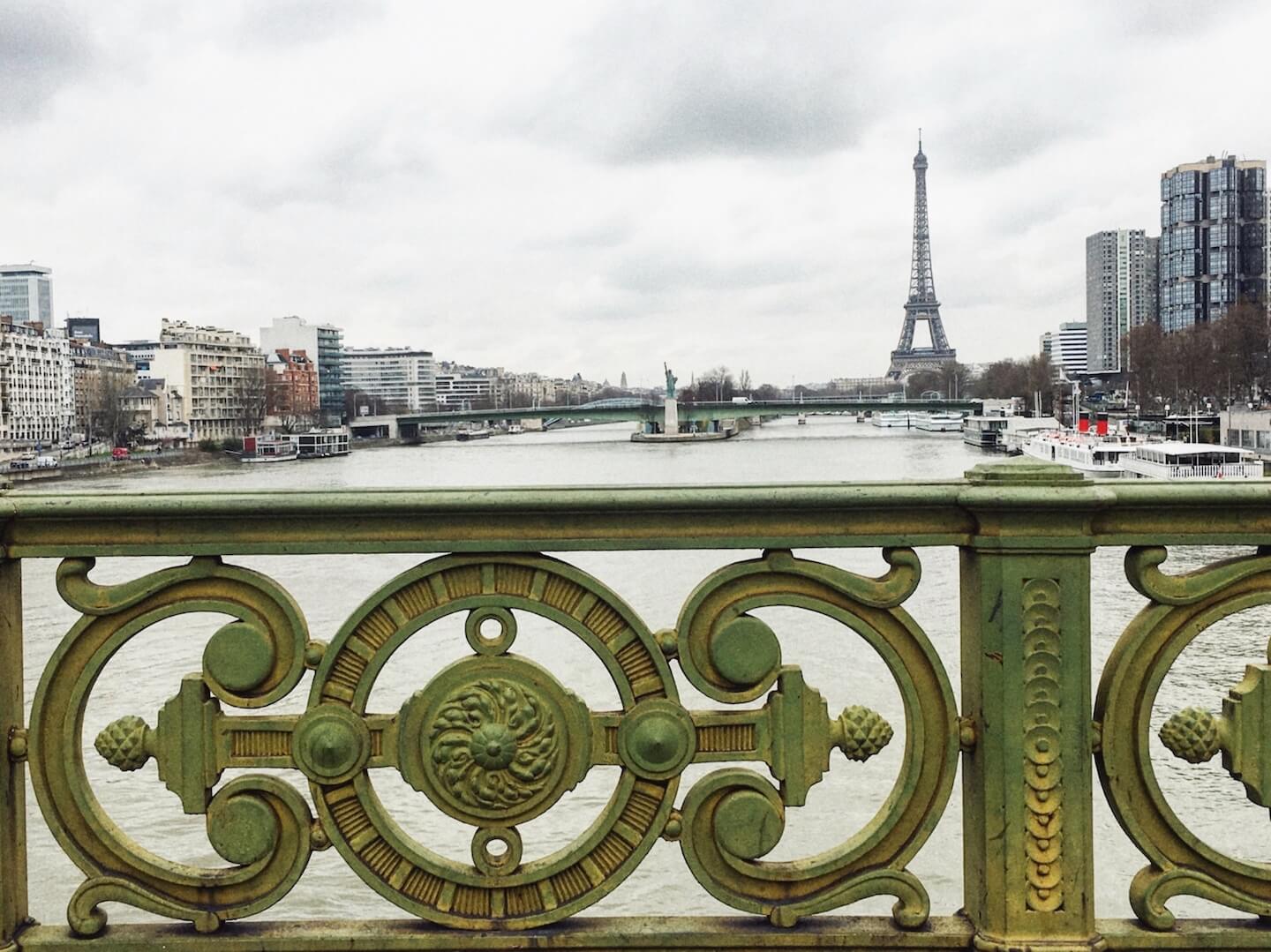 Where to Stay in Paris

Budget | Les Piaules is a clean and cozy hostel close to the edgy Belleville neighborhood. Les Piaules features an on-site bar and rooftop lounge. There are private as well as female and mixed dormitory rooms.

Mid-Range | Select Hotel is a fine hotel located in the heart of the Latin Quarter. Rooms are small but comfortable. The staff is friendly and helpful. 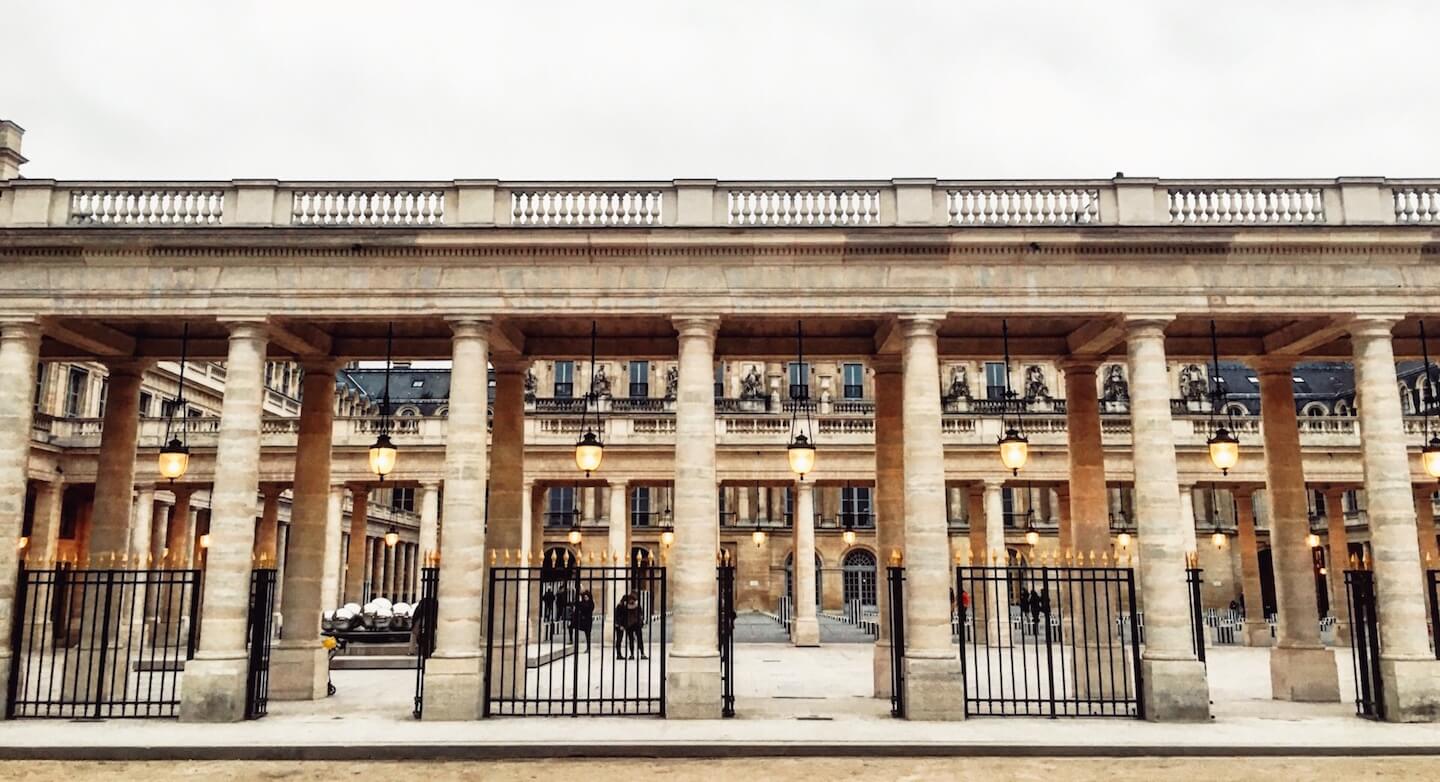 Tipping Etiquette: In bars & cafés, round up to the nearest Euro. In restaurants, you can tip 10% (if the service is good).

Districts: Paris is divided into 20 districts, called arrondissements. These arrondissements spiral out clockwise from the center of the Paris, Île de la Cité. He who contemplates the depths of Paris is seized with vertigo.

What to Experience in Paris

Our favorite things to see & do

Le Train Bleu (“The Blue Train”) is located in the Gare de Lyon train station. It’s far more than a restaurant; it’s a visual feast. The walls and ceilings are covered in frescoes, framed by gold gilded carvings and moldings. The interior is further enhanced by chandeliers and midnight-blue upholstered furniture. Each of the 41 paintings illustrates a different destination that a traveler could reach via the PLM Railway Company in the early 1900s.

Completed in 1901, Le Train Bleu served as a prestigious buffet. It was built by the railway company to showcase travel, luxury, and technical innovation. Coco Chanel and Brigitte Bardot were two of the many Parisians that dined here regularly.

We recommend coming here to celebrate a special occasion. The main dish will cost between 35 EUR and 46 EUR (try not to cringe).

The Luxembourg Gardens might be the most inviting place in Paris. On a sunny day, you can spend the day here, relaxing with a book, picnic or group of friends. The area around the pool and palace is especially beautiful. It’s encircled by 20 white statues of French queens and distinguished women. It seems extremely fitting given that a woman, Queen Marie de’ Medici, was responsible for orchestrating the creation of the gardens and the royal residence in the early 1600s. The Luxembourg palace serves today as the meeting place for the French Senate.

Location: The gardens are situated between Saint-Germain-des-Prés and the Latin Quarter.

Paris has a number of pedestrian passageways that connect the city. Between the late 18th and mid-19th centuries, city planners created approximately 150 covered passages that served as early shopping arcades. Here, Parisians could take shelter from the weather and the commotion of the streets as well as shop, dine and drink. These galleries are characteristically bright, because of their glass ceilings. Today, there are about two dozen passages in existence. We visited:

Galerie Vivienne – Built in 1823, this light-flooded space is enhanced by its elegant floor mosaics, oval doors, glass roof and plants. This is a great place to relax and drink a glass of wine on a cold day. Entrance: 4 Rue des Petits Champs, 2nd

Passage de l’Ancre – This is an open-air passage that connects Rue Saint-Martin and Rue de Turbigo. Lined with potted plants and colorful storefronts, this hidden gem is quiet and not frequented by many visitors. Entrance 223 rue Saint-Martin, 3rd

After you explore these hidden passages, make sure to visit Paris’ most iconic architectural spots.

For a night out with passionate locals, head to Parc des Princes to see Paris Saint-Germain play. Allot extra time (at least one hour) for security checks. The stadium has a capacity of 49,000, so there will be tons of people trying to get in the stadium.

Where to Eat & Drink in Paris

Traditional bakery with a magical interior. There’s no interior seating, but you can sit outside.

Delicious pastries. There are over 20 Éric Kayser boulangeries in Paris, which means a mouth-watering pan au chocolat is just around the corner.

Definitely more NY than Parisian. Popular and crowded. Pulled pork sandwich is to die for. 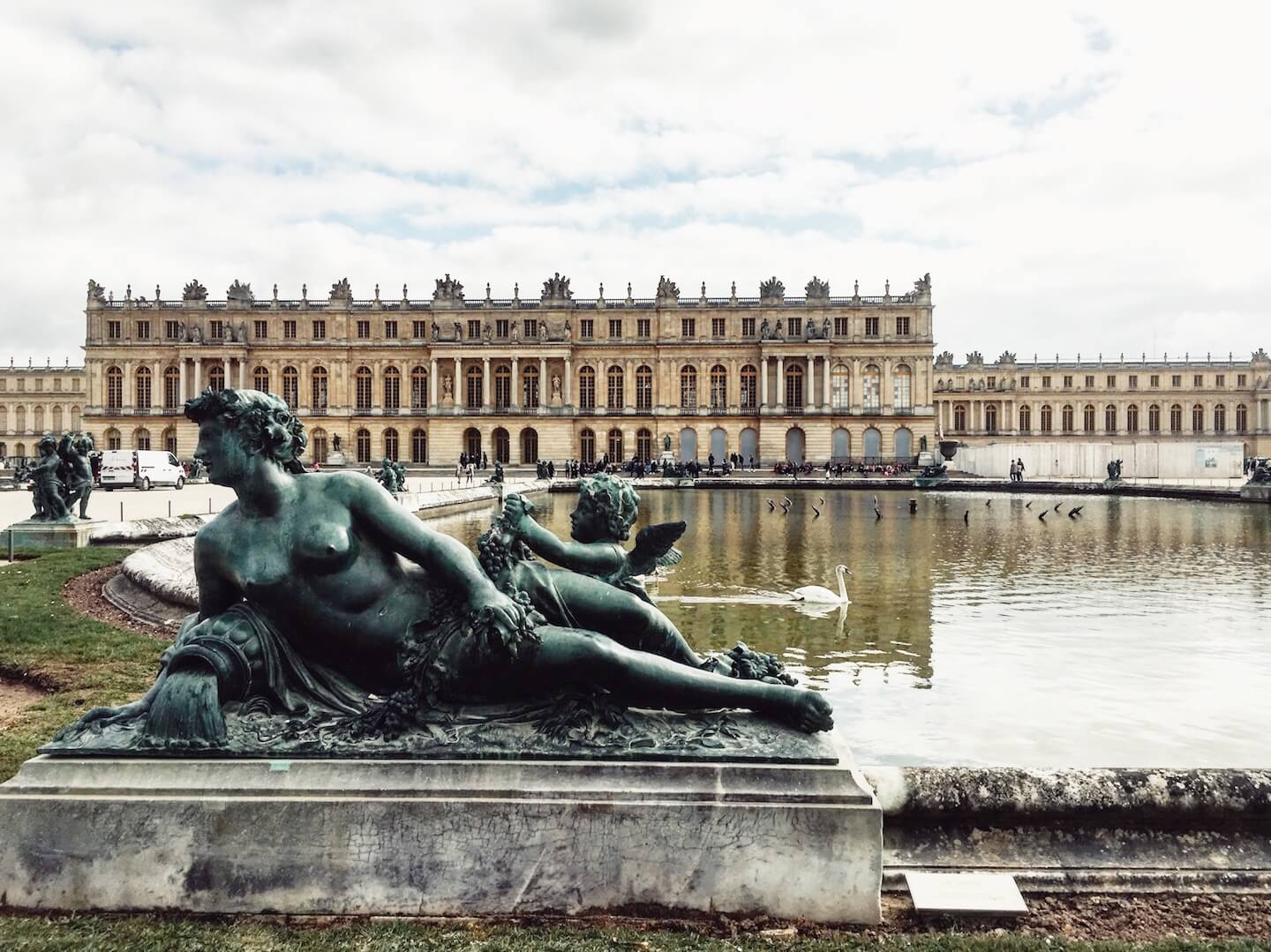 Located about 20 kilometers from Paris, Château de Versailles was a royal residence of French monarchs for just over 100 years. Versailles is most often associated with King Louis XIV (the Sun King) because he moved the royal court from Paris to Versailles in 1682 and transformed it from a hunting lodge to a grand showcase of French art and architecture. Versailles continued to be the seat of political power until the French Revolution (1789) when the royal family was forced to return to Paris.

How much time do you need? When visiting Versailles, allot a full day. There’s a lot to see beyond the royal apartments and the hall of mirrors. We recommend checking out these attractions:

Located in the Great Stables, the Gallery of Coaches showcases majestic ceremonial coaches. These ostentatious horse-drawn vehicles are artistic masterpieces. You’ll see the marriage coach of Napoléon I, the coronation coach of Charles X and the funeral coach of Louis XVIII, among others.

The Queen’s Hamlet is situated in the park of Château de Versailles, close to the Petit Trianon. Built in 1783 for Marie Antoinette, the Hamlet served as a place of leisure and privacy for her and her friends. The Hamlet is comprised of meadows, streams, a pond, gardens, a farm, rustic cottages and a Temple of Love. This type of model farm, which evokes the feeling of being in the countryside, was fashionable among the French aristocrats at the time.

Wandering through Hameau de la Reine paints a slightly different picture of Marie Antoinette. She wanted her own private space where she could escape prying courtiers and her own structured life. In the hamlet, she played dress up as a young shepherdess. It seems that she sought simplicity, freedom, and peace – all of which are represented in the pastoral setting she created.

This pink marbled palace was built at the request of King Louis XIV as a retreat for himself and his official mistress, Marquise de Montespan. She actually bore him 7 children and was said to have great influence at court. At the single-story château, the King could invite guests and enjoy light meals away from the arduous pomp of court life.

If you’re interested in visiting other castles close to Paris, read next: the Best Castles Near Paris.

10 Best Hikes in the Faroe Islands

How to Get to Kallur Lighthouse on Kalsoy Island, Faroe Islands