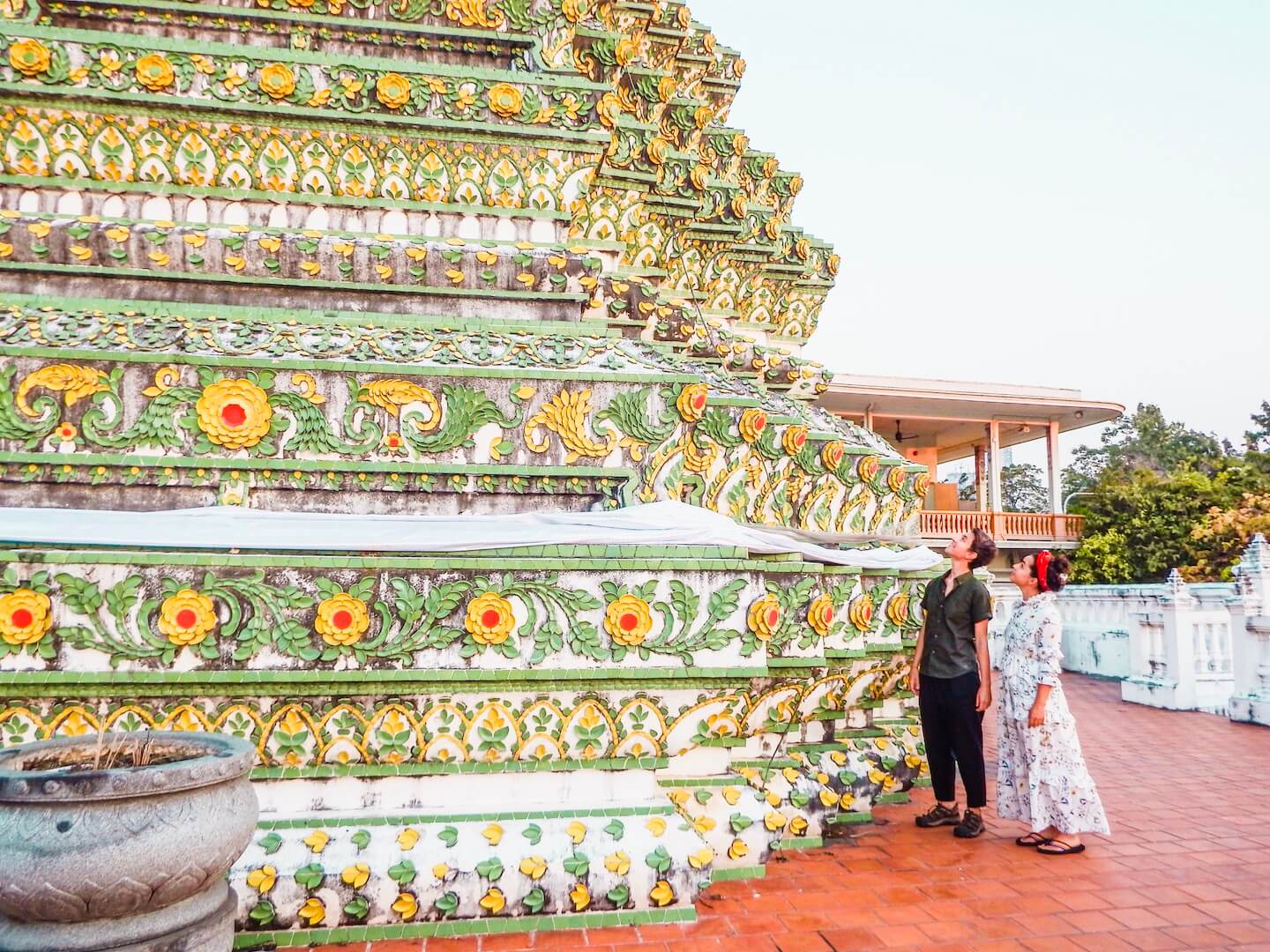 Some people describe Thailand’s capital city as an “assault on the senses.” We disagree. It’s more like a waking up of the senses.

As you explore Bangkok, you’ll dip into a continuous stream of movements, sounds and smells that all compete for your attention.

The effect is mesmerizing. You can only capture a small percentage of what is unfolding before you.

Tuk Tuks, taxis, motorbikes, buses and cats are steadily swarming the city – it never seems to end. You can get lost in it. And, all the while, you’ll be greeted with open smiles and helpful people. Bangkok truly delights.

Perhaps the most thrilling aspect of Bangkok is the food: its plentitude, its taste, its preparation (street kitchens), its take away and motorbike “drive-in” culture. Everywhere you go, you smell the making and eating of food.

Everywhere else you go, you see the selling and offering of food (temples). It’s an endless feast that makes you question why you’ve settled for anything less than Thai food in Bangkok.

Planning a trip to Thailand? Read these helpful guides next: 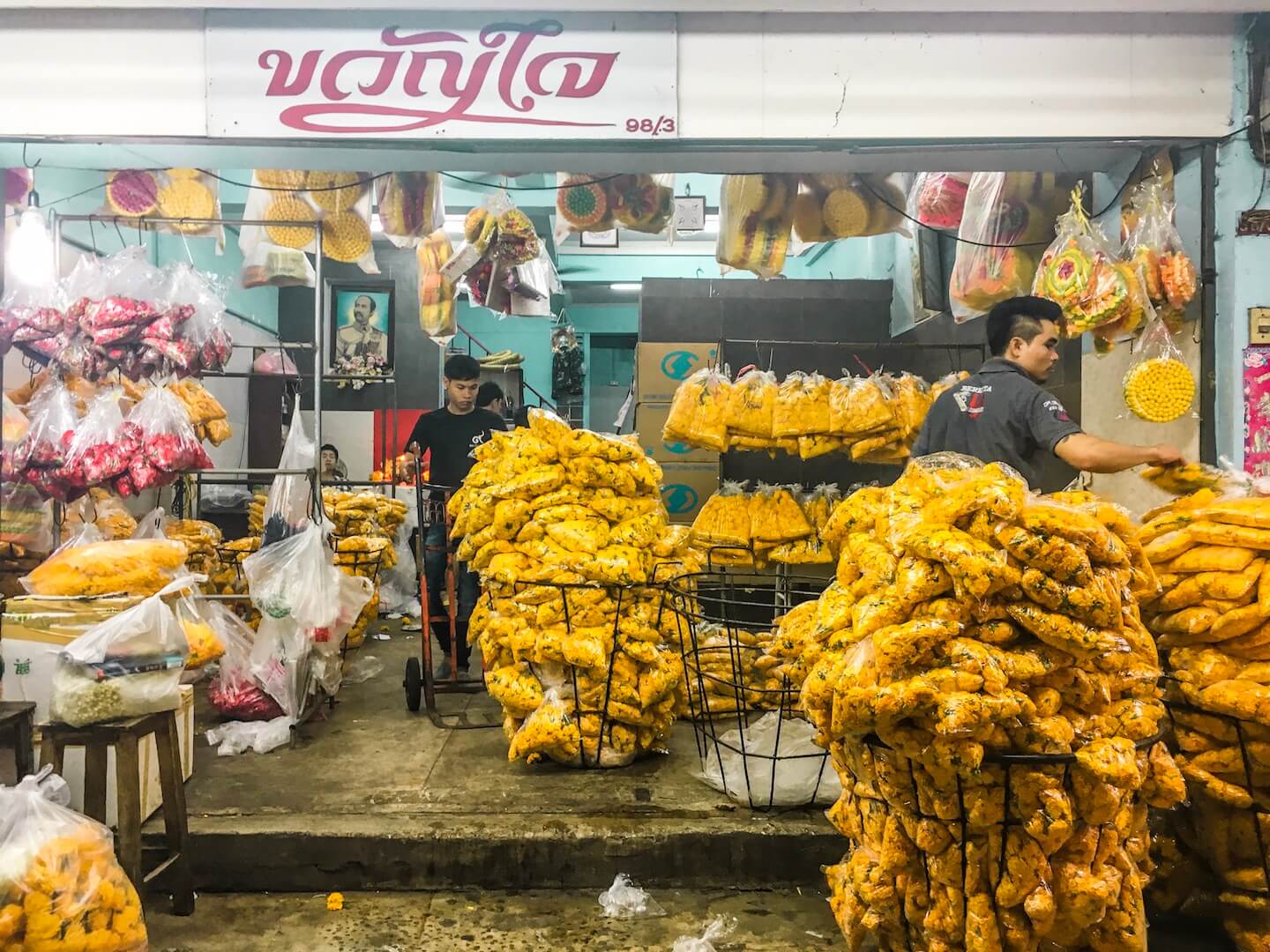 Where to Stay in Bangkok

Look for accommodation in Bangkok. 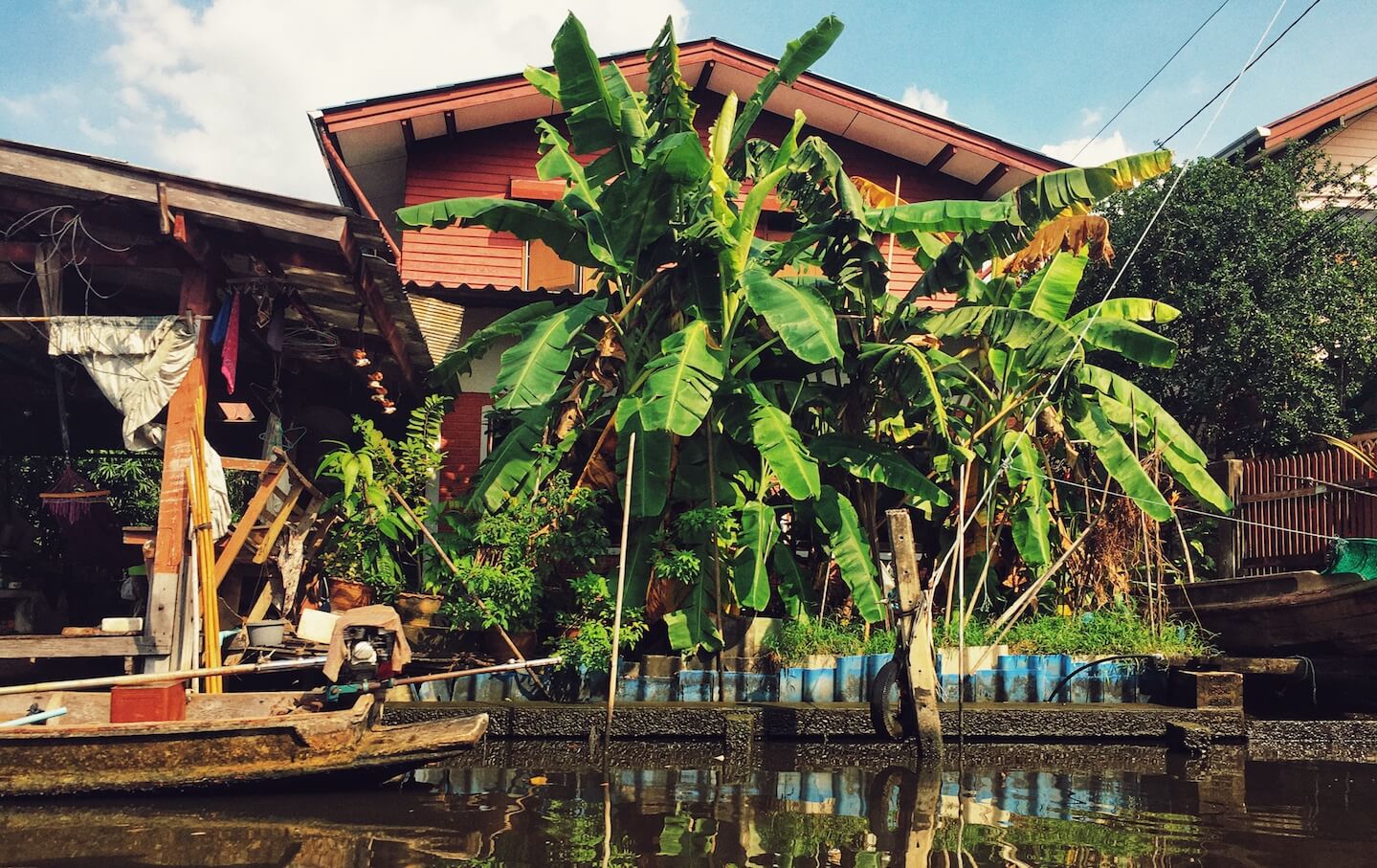 The most comfortable and efficient way of getting around. From our experience, cab drivers won’t put on their meter unless you ask them to. Just gesture and point to the meter to ensure that it’s turned on. When communicating your destination, it’s best to show them the address in Thai (not Roman-script letters).

Three-wheeled motorized vehicle. Make sure to negotiate the price with the driver before getting in. It’s worth riding in a Tuk Tuk once (maybe). Tuk Tuks are especially common in Bangkok.

Public buses are a super cheap (10-15 THB) way to navigate Bangkok. When we weren’t in a hurry, we always opted for a public bus. Note: public buses will only stop at a bus stop if someone waves the bus down. So, keep a lookout for your bus (the number is clearly written outside) and step (safely) into the road and gesture a wave motion. In each bus, there’s a driver and a bus attendant. When you enter the bus, you’ll pay the bus attendant (they’ll find you).

The BTS Sky Train is an elevated train. Trains are frequent and clean. Using the BTS Sky train is easy and it will save you a lot of time getting between destinations. You can purchase tickets from a machine (if you have coins) or from a ticket attendant. Fares will vary depending on your distance. Expect to pay 15 to 50 THB.

Where to Go in Bangkok 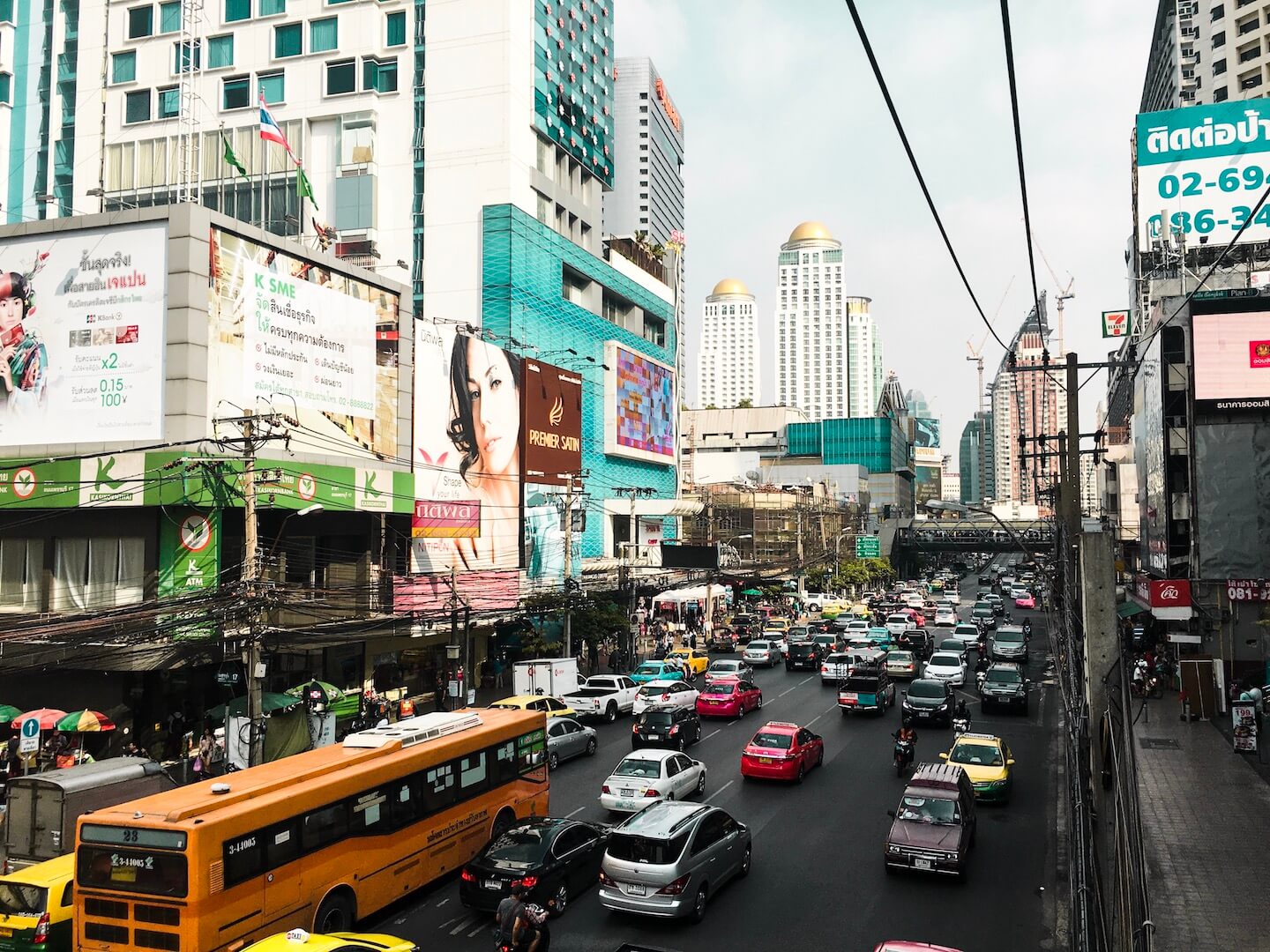 What to Experience in Bangkok

Dining on the Street

The best food in Bangkok is on the street. It’s also the cheapest. No matter what neighborhood you’re in, you’ll see locals buying and eating on the street.

We recommend joining them, even if you don’t know what to order. Sometimes street stalls have tables and stools. If you see a free table, you can sit down. Someone will notice you and help you. To order, point at a picture, or at a plate.

Street food in Bangkok is accessible. If you’re worried about getting sick, go to the stalls that are the busiest and have the highest turnover of food.

You can also wipe down your eating utensils with an antibacterial disinfection tissue. Or, even better, join a guided Bangkok street food tour.

Taling Chan is in Thonburi, an easy distance from Bangkok. You can independently explore the market and the surrounding canals without an organized tour. The market itself has a genuinely local vibe.

It’s not a show market run for foreign tourists. Locals shop, eat and get massages here. At the canal, there are several tied up wooden boats that function as kitchens.

There are also several floating docks that serve as dining space. The atmosphere of the market is enriched by the swarming of catfish between the docks and the traditional live music.

We recommend eating the Somtam with mango, which is made on one of the boats. We also recommend getting an open-air foot massage under the trees (200 THB / 6 USD – 1 hour).

After enjoying a meal or two at the market, you can ride along the Klong Bangkok Yai canal in a longtail boat back to Bangkok.

We took the boat to China Town (Ratchawongse Pier), which cost 100 THB per person. The canal itself is lined with stilt houses, people fishing, temples, and lush greenery.

Bangkok’s malls elevate shopping to a “travel experience.” Each giant mall caters to a different clientele, making the shopping experience unique in each one.

Apart from shopping, you can eat, see a movie, get your nails done… They really take shopping to a different level. Here are a few malls we recommend exploring:

MBK – If you need to buy electronics, come here. Most prices are negotiable. Otherwise, browse and enjoy the food court (food island) on the 6th floor.

Platinum – Fashion wholesale mall. You can buy individual items, but you won’t be able to try them on before purchase. If you need to get your purchased item adjusted, there are seamstresses in the mall that can help you. Always ask for a better price, or discount, before you buy.

Terminal 21 – This is an airport themed mall. Each floor is a different destination (e.g. San Francisco, London, Tokyo). The food court is outstanding. Don’t leave without getting some coconut ice cream. 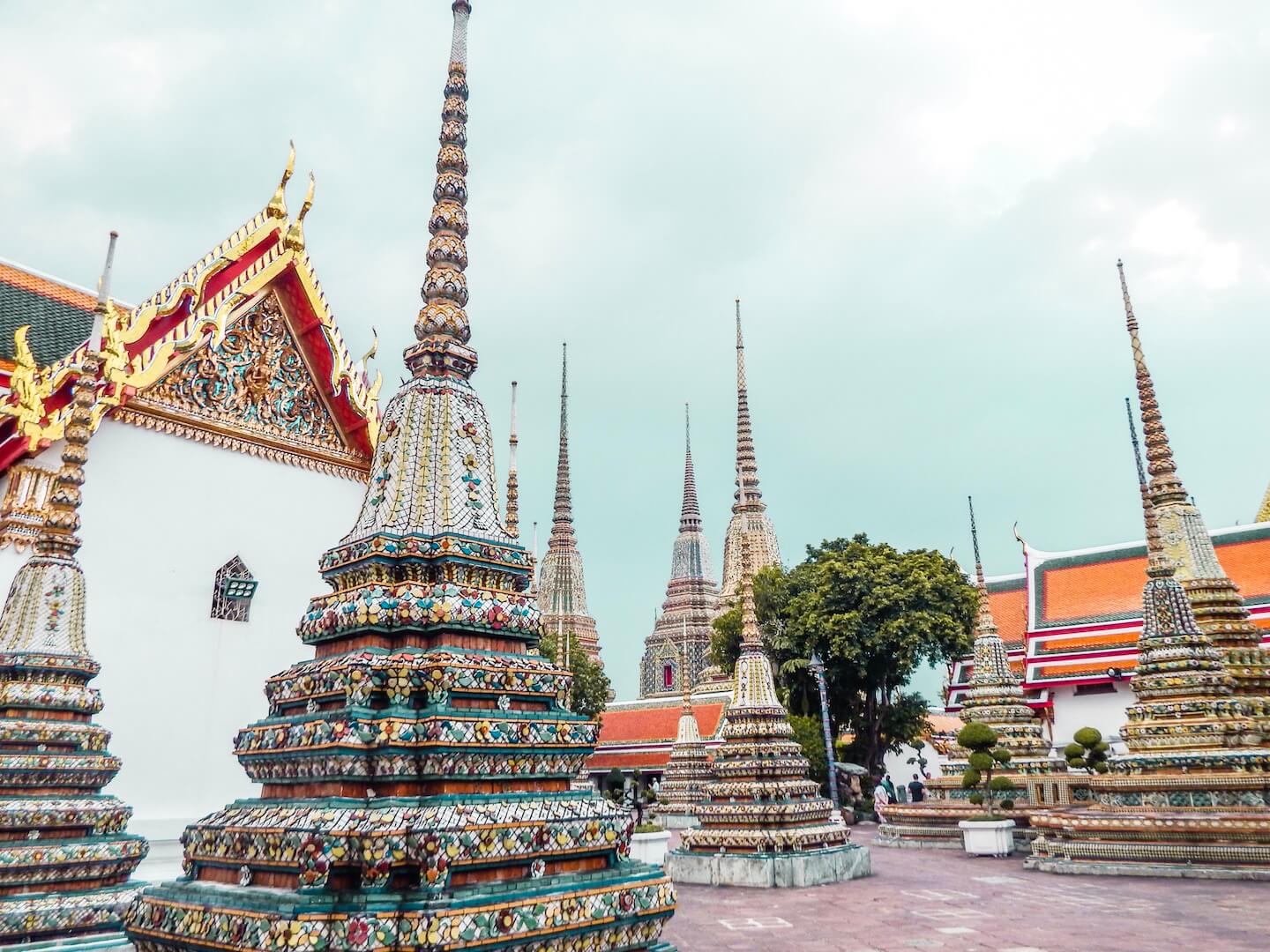 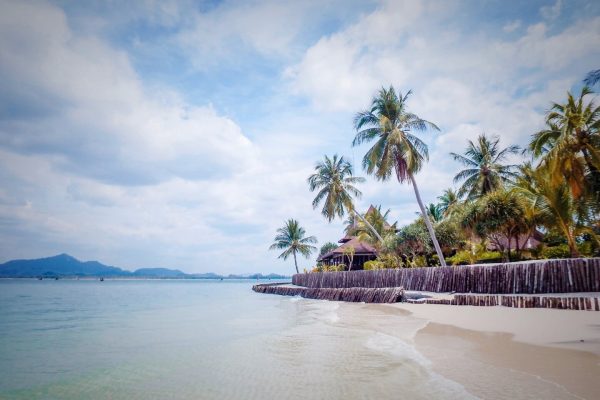 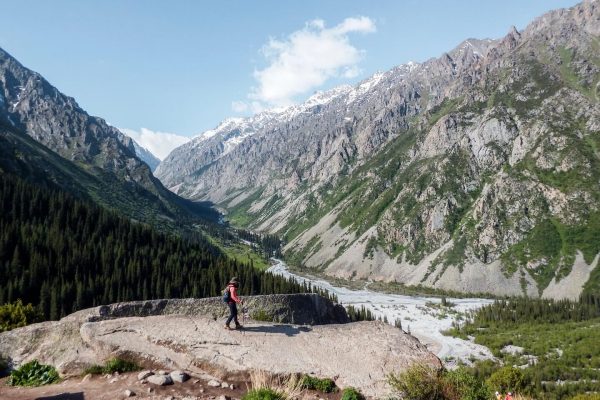 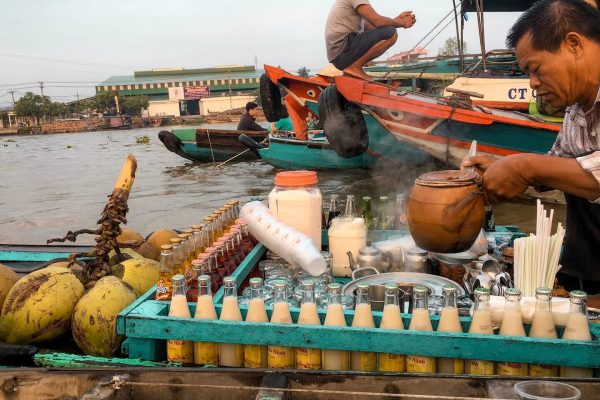 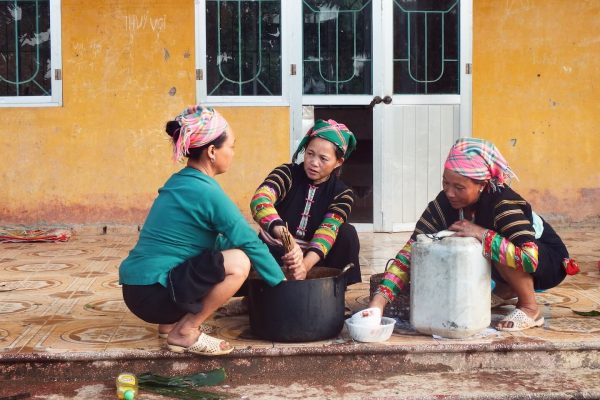 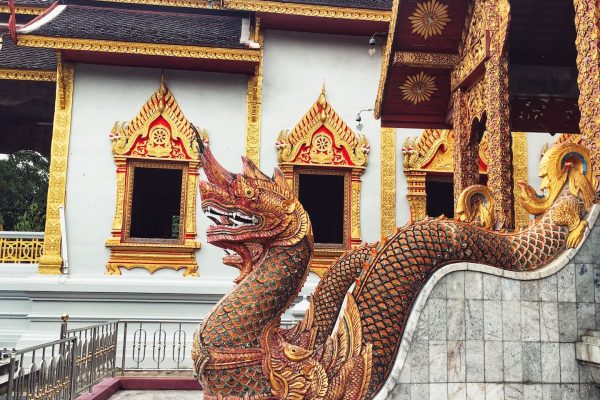 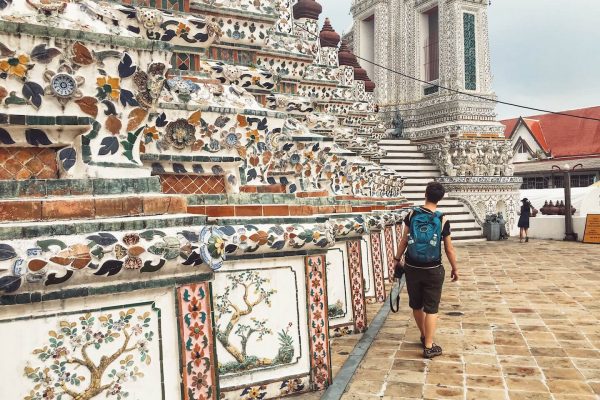